First of all, glare on 360 vr image is noticeable light spots in the picture that are not logically determined in a particular place in the image. Glare is not considered to be the usual black and white pattern that forms the image (remember that the entire image, in any case, is the result of the work of a light beam entering the lens). Nevertheless, logic and optics sometimes go in different directions, and there is still a reason for these light spots, from the point of view of optics. The fact is that any ray of light leaves a mark on the matrix if it hits the lens, just in most cases, this is the photograph 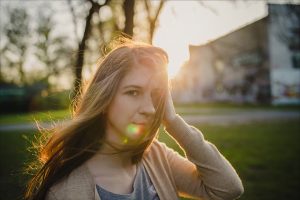 itself. In other cases, rays that were not intended for it can be fixed on the matrix, and they are considered glare. They appear for several reasons: a beam incident at an angle is refracted in the lens optics, re-reflected between the elements and hits a random point of the matrix, depending on the angles of incidence and refraction. The second reason is dust on one of the lens elements, dirt and fingerprints, which are simply highlighted by the light falling at an angle, and since they are not in focus, they are always blurry. Moreover, in not very good lenses, from the light falling at an angle, glare may not occur, but the image contrast may simply decrease, including only from one edge, which is worse for post-processing. Bad weather can also cause glare if you use a camera flash or if there are bright sources close to the camera. Moreover, glare becomes more noticeable against a dark background, that is, in the dark, when the ratio of bright and dark areas of the frame is too high.