The main rebel of photography

An icon of fashion photography in the 60s of the XX century, Duffy said that all the tricks in photography were invented before 1972. But he himself refuted these words when he introduced many new methods to photography. 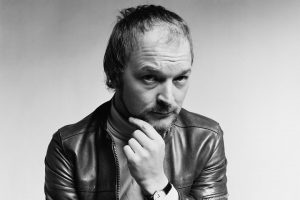 Duffy was born in London in 1933, he found the world war and other social changes, which were then reflected in his work. His father was a member of the Irish Republican Army, and his son grew up to be a rebel both in life and in art. Duffy was fond of photographing rock bands in ripped jeans, although he also has a photo shoot of Queen Elizabeth II on his resume. As a child, the photographer participated in cultural development programs for difficult teenagers, but from all his creative hobbies he chose photography and for good reason – this art was able to direct all his rebellious spirit in the right direction.

Best known photo: David Bowie’s Aladdin Sane album cover. In the picture, Bowie is depicted with a lightning bolt painted on his face – an eternal symbol of the struggle of two opposites in each of us.